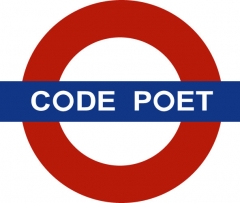 Valerie and I are planning to move to London, to be close to her family and to start a new chapter in our life together. My application for a settlement visa is at the British Consulate. After it arrives I will find a job. If you know of any dynamic, world-bettering companies that need a Chief Technology Officer with a mind for scalable web architecture and the soul of a poet, please let me know.

Although the timeline is not yet clear for our move, we decided that it was important to reach out now to our community of friends for support. Also, this gives us the opportunity to start to say “goodbye” to so many wonderful people on this continent.

We are especially fond of Ojai, the small town in California we have called home for the past several years. The word “ojai” means “nest” in the language of the Chumash Indians who first inhabited this area. Indeed, it has been a nest for us in which to be nurtured and grow strong. Now we fledge.
END_OF_DOCUMENT_TOKEN_TO_BE_REPLACED

I was born and raised in a town that recently ranked as the worst place in the nation to live, due to unemployment. My father relocated to the Imperial Valley of California before I was born. He went there to run experimental community-oriented education programs in a school for troubled teens located three blocks north of the U.S.-Mexico border. In the second week of his tenure, students burned the school to the ground.

He went on to receive one of California’s highest awards for education, as well as to testify at trials for drive-by shootings. In the end, his approach to education succeeded in changing the lives of many troubled and disadvantaged students. Conventional schools had given up on them. His new approach succeeded with two key elements: a community of support, and an emphasis on practical skills. He is still remembered fondly as an agent of positive change.

Coming from this background, I adopted the idea that all education is ultimately self-education; that it is my responsibility to seek out books, people, institutions, and other resources to learn what I need, when I need it, on a practical basis. This is part of why, despite a lifelong love of computer programming, I left the computer engineering department at a top school after the first year.
END_OF_DOCUMENT_TOKEN_TO_BE_REPLACED

While poetry is a product, being a poet is, to me, a worthwhile and lifelong pursuit. In my latest column for Read Write Poem, I dig beneath the question of writing daily, to answer how one can, in fact, engage life as a poet every day.

Some of the tactics may surprise you. Would you believe that actually limiting your writing time to shorter bursts can make you more prolific? Or that getting organized might make you more creative?

Check out this month’s Poetry Advice Column for more unusual approaches that just might help you live a bit more like a poet every day.

I found myself in a meeting today with my boss and several other tech-savvy colleagues, discussing the educational and productivity-enhancing implications of various new technologies. When we got around to the iPad, I mentioned its potential to bring some sizzle to literature — possibly in ways the Kindle cannot. I whipped out my iPod Touch, fired up the new Poem Flow for iPhone application that just got released today, and we all sat around for a few minutes watching “The Second Coming” by W.B. Yeats elegantly fade, in measured lines, across my tiny screen. The implications for the larger iPad seemed obvious.

The implications of this technology for poetry, however, remain to be seen. I was contacted at the start of this month by Laura Often, Public Relations for Text Flows, the company that partnered with The Academy of American Poets to bring Poem Flow to life. She was interested in having me blog about their project. I’m not sure if she found me as a former technology blogger or a current poetry blogger, but nonetheless I took a look. Unfortunately, at that time, I could only see a brief Flash-based demonstration on their web site.

Holding my iPod Touch in my hands while it runs this application is a different experience. The font is lovely. The transitions between lines (and parts of lines) are thoughtful and well-executed. In fact, the deliberate slow-down of the reading experience seems to be one of the few actual enhancements I’ve seen technology make to literature — perhaps the only enhancement in this regard, since mostly when it comes to reading, technology encourages us to speed up. END_OF_DOCUMENT_TOKEN_TO_BE_REPLACED 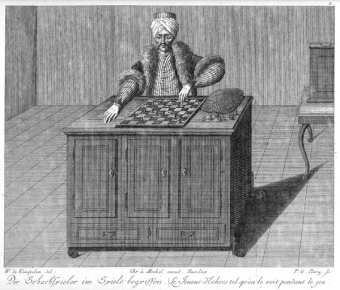 Never before in human history has such potential existed for the large-scale digital analysis of text. Thanks to the Google search engine index of the world wide web, and the emerging Google Books project, which aims to index books, an enormous amount of text exists in indexed digital form, and this base is growing constantly. But the mechanisms by which digital texts and their indices are currently used to judge the relative quality, value, or meaning of a work of text are relatively crude as compared to how humans perceive and relate to text, and especially literature, which is text as art. This begs a chain reaction of questions: are there gains to be made in the fields of literature or linguistics by exploiting this digital base of text? Is it possible to derive aesthetic principles sufficiently logical to work as algorithms for the analysis of digital text? Would analysis based on such principles yield new insights into our relationship to language and literature? Could such analysis contribute toward something like a greater computational “understanding” of text, with implications for improving search engine results, speech recognition, and computerized translation? These questions fascinate me.
END_OF_DOCUMENT_TOKEN_TO_BE_REPLACED

I just got my contributor’s copy of the debut issue of “Greatest Uncommon Denominator” magazine. It is bursting with good things — among them, my essay entitled “Poetry Code.” Inspired by posts and conversations on this blog, I formalized some of my thoughts on the insights to be gleaned from conflating poetry and software source code — and the editors liked it. This plus a whopping 182 additional pages of by turns hilarious, profound and chilling artwork, poems and stories can be had in an attractive book-like format for only $10 USD — or for those of you who, like me, prefer to eat your marshmallow right now, you can purchase and download the PDF version for a mere $3.50 USD right here and now.