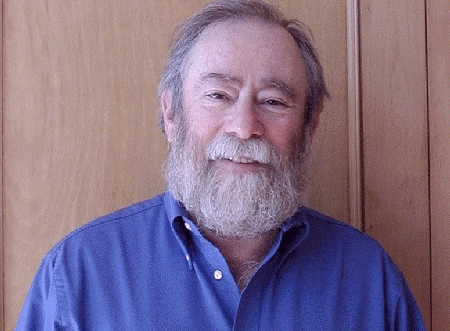 Marvin Bell is an American poet. He is Flannery O'Connor Professor of Letters (Emeritus) at Iowa Writers' Workshop, and was the first Poet Laureate of the state of Iowa. Marvin has been one of my most influential mentors.

“Poetry must be as new as foam, and as old as the rock”

Dichotomies are often false but useful. Contemplating the similarities and differences between British and American poetry, having steeped myself in both for some time now, I have been slicing my experiences as a reader along two axes: innovation and craft.

Ancestors to the word “craft” come from Germanic languages and originally had to do with “strength, force, power, virtue”, making the transition to mean skill in art or occupation exclusively in English. To “innovate” comes from Latin and French and has always meant, as Ezra Pound would assert, “Make it new!”.

To better define the effects of innovation and craft on readers of poetry, here are some comparisons:

END_OF_DOCUMENT_TOKEN_TO_BE_REPLACED

I have loved both poetry and animation for as long as I can remember. Lucky me to be born in the age of the animated film-poem.

I was therefore delighted to be asked to pick ten of my favourites (each for very different reasons) to submit as the first in a series of “top ten” lists for Moving Poems Magazine.

Some are based on poems by poets I know and respect, like Tim Nolan and Marvin Bell — others from poets new to me writing in a range of English accents as well as Galician, Russian, Hungarian, and Catalan.

You can watch all ten, with brief commentary from me about each one, online at movingpoems.com.

Poems can represent a turning point. Reading Marvin Bell’s “Wednesday” was one such moment for me. I wrote about what it means to me, and why it really matters, for the Prague-based online journal B O D Y. I consider it the anthem of every working poet, and it was to this anthem that I marched forward through grief, back into poetry, back into life.

What follows is that list of poets — most alive, some dead; most writing in English, some not; many I have met, some I won’t and never will. Click on the name or image for a brief summary of who each one is and and what they mean to me, and to read what I have written about them over the years.
END_OF_DOCUMENT_TOKEN_TO_BE_REPLACED

“A nation’s art is the expression of its soul.”

Though we must walk our own path, mentors can crucially point the way. The UCLA Extension Writers Program has a nice writeup on the path I have taken since enrolling in my first serious creative writing class with Angeleno poet Suzanne Lummis in 2004. She was a critical part of my formative development, and I remain truly grateful.

Another mentor who has had a strong influence on my relationship to poetry since that time is Marvin Bell. I love what he has to say about the writing life, and I love to hear him read. He also comes across well on camera.

I am therefore delighted to be hosting him, as a representative of the soul of my home nation, alongside the equally wise and soulful English poet Esther Morgan as part of the Transatlantic Poetry on Air reading series.

The best part? You don’t have to leave your living room to join me.

Details of that reading in September are here:

Our very next reading in August also promises to be outstanding, featuring Jane Hirshfield and George Szirtes:

Poetry is both visual and auditory, which is why it so easily blends with other media. Songs and illustrated stories issue forth from prehistory. The twentieth-century coinage “concrete poetry” refers to the arrangement of words in print for visual impact, an art as old as printing itself. And spoken word and rap music explore the musical qualities of speech in a modern context.

But it was the advent of film that brought new possibilities to poetic collaborations by opening up both fronts — visual and auditory — at once. One of my favourite examples of the successful intermarriage of film and poetry is a segment of the 1987 German film “Wings of Desire” that incorporates Peter Handke’s poem “Als das Kind Kind war” (“When the Child was a Child”).

The advent of interactive online media made poetic collaborations of a different type accessible worldwide. A favourite in this regard is Marvin Bell’s poem “Why do you Stay up so Late?” arranged as an interactive Flash piece by Ernesto Lavandera circa 2005. Here the observer is in control of the pace of the poem, as looped sound segments accompany written words and abstract images served up click by click.

The recent prevalence of video sharing and social media has birthed a new form of collaborative art, so new that the term has yet to be standardised. A Google search as of this writing for the following terms yielded these number of results: poem-film (32k), poemfilm (8k), film-poem (99k), filmpoem (30k). For now, I am going with the majority in referring to these works as “film-poems”.

Aesthetically, these pieces tend to feel like a music video of the spoken word. END_OF_DOCUMENT_TOKEN_TO_BE_REPLACED