“Be steady and well-ordered in your life so that you may be fierce and original in your work.” 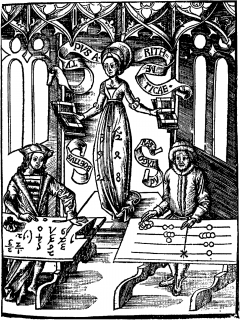 This morning, I wrote an email to the editor of a poetry journal, eight months after I sent him some poems, to confirm my suspicion that my poems had been lost in the mail. It has happened before. To my surprise, the journal had actually accepted one of my poems, but somehow the notification never reached me. Had I not kept careful track of my submissions, I might have not reached out, leaving the fate of this now-soon-to-be-published poem somewhat uncertain. I have written here before about how using a simple system to track submissions helped me take some of the angst out of sending out my poems. Yet today this approach paid off on the other end, with a poem on its way to a galley proof that might have otherwise been sent to the gallows.

Several months ago, my Powerbook G4 gave up the ghost after more than five years of loyal companionship. While gathering sufficient funds to order the new 13-inch MacBook Pro upon which I now type, I loaded up an interim laptop with Ubuntu and transferred my poems and tracking sheet over to Google Docs. Because I maintained continuity even while in laptop limbo, I had everything I needed this morning to see that, the previous year, it only took this particular journal four months to reject a different batch of poems. A simple, four-column system tells me the submission date, titles of the poems, status, and date of acceptance or rejection. This is just what I needed today to follow up, when several poems I care about, sent to a journal I respect, seemed to have lost their way.

All of this runs contrary to the image of the poète maudit, that reckless supposed genius who wanders in a cloud of chaos–not unlike Charles Schulz’s Pig-Pen–letting others keep his affairs and, more often than not, clean up his mess. Instead, I systematize as much as I can–both of my daily living, and the business of poetry–to leave my mind clear and receptive to the muse. As I have also said here before, it would have been imposible to complete an MFA degree without using the GTD® methodology both at work and home. Today, once again, eschewing the myth that success–in the arts or anywhere else–is somehow an accident, and striving, as best I can, to keep track of what matters in life as a conscious discipline–paid off in a moment of snatching success from assumed defeat.