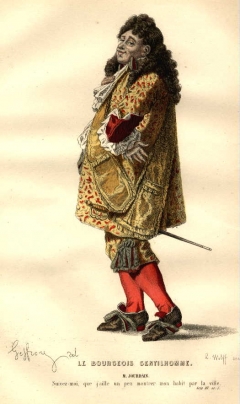 I am on a detox diet that involves soaking in a bath nearly every day. Lately, I have been taking The English Language: A Historical Introduction with me. (It only took dropping my precious iPod touch into sudsy water once to break me of my previous habit.) Aside from the occasional snide remark about pronunciations other than strict-and-snotty RP (like, say, American English), the book is excellent.

I found this passage particularly interesting:

Try speaking the following two sentences as naturally as you can, stressing in each the four syllables marked:

This is an elementary point, but one I found revelatory in that it clearly articulated something I had only understood on instinct before. The book also points out that many languages other than English space all syllables evenly. In our case, however, we have a built-in mechanism for the equivalent of musical rubato.

This is what enabled Gerard Manley Hopkins to cluster stressed and unstressed syllables into a metrical invention he called sprung rhythm, and what allowed the beats to mimic the syncopation of jazz.

At the end of The Bourgeois Gentleman, the main character is surprised and delighted to discover he has been speaking prose all his life. Call me bourgeois, but I, too, am in fact delighted to have discovered this simple, mechanical understanding of the meter-making elements of the language in which I have been inventing, both poetry and prose, ever since my first uttered word.