“Poetry is a life-cherishing force. And it requires a vision–a faith, to use an old-fashioned term. Yes, indeed. For poems are not words, after all, but fires for the cold, ropes let down to the lost, something as necessary as bread in the pockets of the hungry. Yes, indeed.” 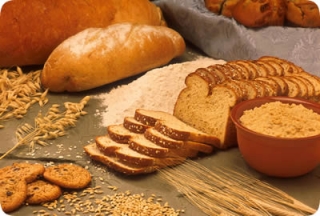 What struck me most about seeing Mary Oliver live for the first time tonight was not the small, sparky woman in a wooly cap reading some of the best mystical and nature poems of our time–but her audience. Surprisingly devoid of students, despite offering USCB students half off a bargain price, the thoughtful eccentrics in rows ahead of me–most gone salt-and-pepper grey–received Oliver like a saint. I kept thinking if America really knew Whitman, they might have welcomed him in his own time as Campbell Hall welcomed Mary tonight.

But America was proud then, though Whitman’s booming, muscular verse resounds beyond his age–an age of manifest destiny and industrial revolution. Now, conquest and materialism have rendered us more spiritually poor than ever, and we are even outsourcing our hollow promises to countries like India, along with torrents of email and our always-on tele-culture. That is why, I think, the audience cheered for her when Oliver mentioned, in passing, that she doesn’t own a computer. The signs leading up to the event proclaimed, “Mary Oliver / SOLD OUT.” Not true.

The world is still too much with us. That is why we are hungrier than ever for the lyric of patient attention, quiet revelation. Her poems seem democratic–as though anyone who thought deeply and lovingly about life could write them, and all of us have such moments. Yet hers is a deceptive elegance borne out of careful work. By such tender care a poem, like a living creature, can be nourished, as can a book, as can a life in poetry. In respect not only to the poems but to that life in poetry, the audience was all too eager to be entertained and moved–laughing at the cleverness, sighing at the tenderness, lapping up each chosen word, and hungering for more.