“Let your lie be even more logical than the truth itself, so the weary travelers may find repose.”

I have been previewing Facebook’s upcoming Timeline feature. It turns one’s profile into a scrapbook-style autobiography, arranging multimedia posts in a chronology from birth to present. It is part of a larger strategy to promote information sharing that has been intelligently criticized in general terms. But it was a specific moment in my exploration of Timeline that pulled me up short. Clicking on the small heart icon for “Relationships”, up popped a menu item for marking one’s timeline with “Lost a Loved One.”

Though we have memorialised our son in many ways, the thought of posting his photo on Facebook beneath the small flower icon to make it part of this music-video-all-about-me of a web application struck me as painfully absurd. He is deeply and irrevocably part of my life. But a biography is not a life, much less an online profile. We have become a society obsessed with crafting our image — so much so that we almost believe, and sometimes attempt to inhabit, these spun self-tales.

The antidote to the future we now inhabit, wherein everyone has their own Wikipedia page for fifteen minutes, is art. Mark Twain called biographies “the clothes and buttons of a man,” deciding, “the biography of the man himself cannot be written.” But something approaching what it feels like to be a man can come across in the literary arts, and especially poetry. Poetry is the anti-wiki, striving for truths that need no citation, encompassing contradictions rather than devolving into fact-slinging “flame wars.”

And so, when it is released next month, I will use Timeline. But for matters that transcend time, and excavate the inmost reality, I’m sticking with poems.

“The self that writes may need to be a delicate and protected creature, but the self that submits to magazines ought to be as tough as a rhino’s butt.” 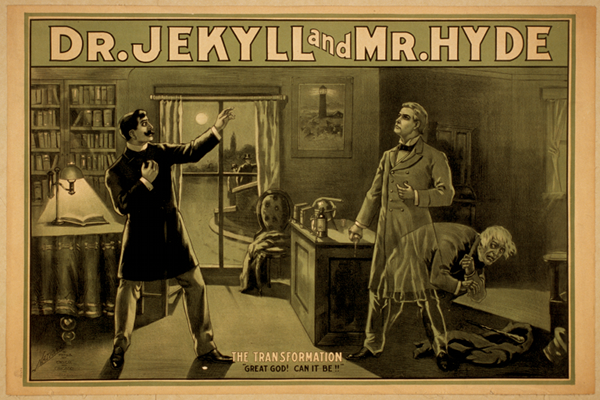 Organization is one thing. Discipline is another. The discipline of getting up early before work to write poems has saved my life. However, if I want anyone other than my lovely wife to encounter these poems, I have to submit them to journals and contests. It is far more enticing to just write another poem. Or goof off on Facebook. Or stick needles in my eyes. In short, I’m still working on the sufficient thickness of rhino hide, strategically located and cultivated, to make this a dispassionate process.
END_OF_DOCUMENT_TOKEN_TO_BE_REPLACED 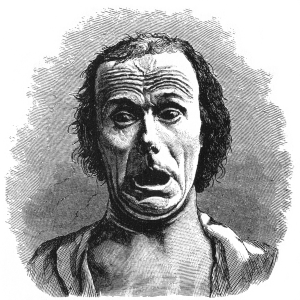 I must admit I have a bit of a love-hate relationship with sending out poems to awards and periodicals. Actually, that’s not true. It’s more of a hate-hate relationship. The difficulty lies on two fronts: practical and psychological. So, this weekend, determined to let a few more poems from my manuscript finally have a chance at seeing the light of day, I enlisted my wife’s help. She, after all, sees nothing unusual about sending poems she likes to journals with a similar sensibility, and waiting patiently for the reply. After all, they are not her poems.

For me, it’s been a morass of spreadsheets and angst. Though otherwise detail-oriented, I found rounding up the information necessary to send off poems akin to a multivariable calculus exam. You see, the mind-games and doubt have somehow transformed a mildly laborious process into something Kafkaesque. So, making the process simple and methodical has been a key for me to stick with it. Poems, after all, don’t publish themselves.

My process involves maintaining spreadsheets: of poems I have already sent out, when, to whom; and of journals that might like my work. I have recently taken to rating them by the degree to which I think the sensibilities of the periodical might match my own, and by my perception of their reputability. So, then I sort the list (sensibility first, reputability second), and ratchet down one by one, checking submission periods, guidelines, and the number and format of poems to send.

For choosing the poems, I pick from a folder on my computer of poems I both think are done, and are worth publishing. I have a a single, huge document full of continuous writing, and a separate folder with individual files of single poems from that document with which I would like to tinker before declaring them done. Once done, if they’re good, they make it either to a place I call “fossils” (i.e. stuff I might mine later, but not worth publishing) or the to-publish folder I mentioned above. Once the to-publish folder starts looking really full, a combined sense of guilt and duty prompts me to submit a few poems.

This is my method. I have tried to make it as simple as possible so that, like the tasks assigned to astronauts waddling through the vacuum of space, the procedures are so methodical and well-rehearsed that I can execute them even when gazing into the yawning black void. I’d love to know what other people do, what works — both practically and psychologically — to keep putting work out there for consideration. Do you view it as a necessary evil? A pleasant delight? Do you have some other system that really works?

Like it or not, in the end, sending out poems is a part of the process. Making that process bonehead-simple, and doing it even (sometimes especially) when I would rather, instead, be writing a new poem or, better yet, wasting time on Facebook, is an exercise in detachment, perseverance, and yes, you guessed it, continuing to hope.

After a brief experiment with Twitter, I concluded that the trend toward quantity over quality being perpetuated by social network status updates wasn’t for me. In fact, it seemed downright unpoetic. Then, thanks to Jeanine’s site, I discovered Goodreads. Finally, a niche network with a purpose I could get behind: discussing books. The only other specialized social network I had signed up for in the past was LinkedIn. But that was about work. This is about books. Delicious books!

I even went so far as to set up a private group for other students, faculty and alumni in the Pacific University MFA program. I figure this could help provide an outlet that is missing from the low-residency format — the opportunity to chat throughout the semester with other students about what we are reading. The results of that experiment remain to be seen.

Shortly after that, however, softened by my recent joinerism, I caved in and signed up for Facebook. It seems I am of a certain generation such that if I want to keep up with some of my friends, I need to be on Facebook. So, there I am — to the chagrin and relief of my wife, who has been reconnecting with friends overseas for some time through Facebook and and attempting to impress its wonders upon me (“Look! I gave someone a garden gnome!”), and a number of friends who have invited me to join up at various times. OK, OK, I’m on — happily reviewing books, posting photos, and turning friends into zombies. How did I ever live without this? Curmudgeon no more.