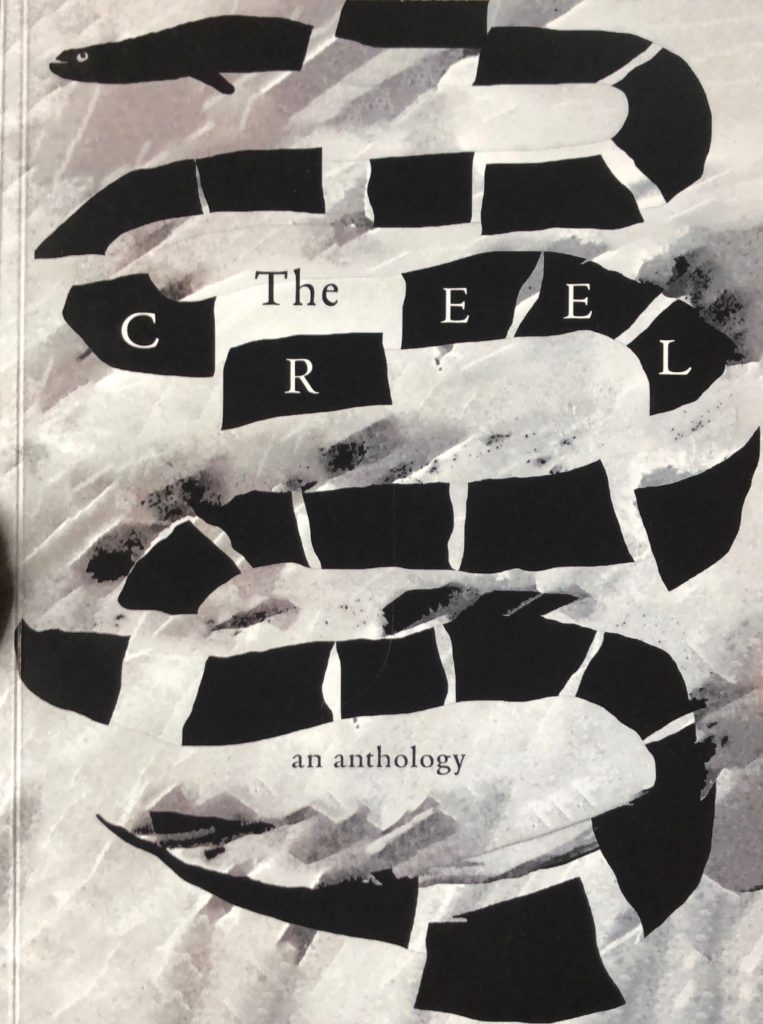 Did you know that hundreds of contemporary poets have written about eels? Me either, until this delightfully odd little anthology popped through my mail slot.

When Luke Thompson put out the call on Twitter, I responded with “Jellied Eels”, and he must have liked it. The poem appears on p. 70, flanked on all sides by sleek, lithe, and lovely poems all around.

I’m told Guillemot Press have made a limited run. So, catch one quick if you can.

You can also watch the film-poem we made of “Jellied Eels” online.