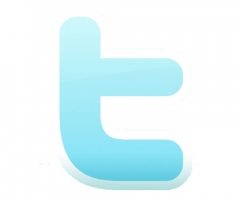 As many readers know, I have been a Twitter agnostic for years. Which are centuries in Internet time.

And yet, slowly, I have come around. It started with Goodreads, then Facebook. And today, I discovered enough interesting poets on Twitter (via a reprint of a list originally compiled by Collin Kelley) to reach a tipping point.

There’s not too much difference between Twitter and the IRC chatrooms I frequented in the early ’90s, except that Twitter takes advantage of two new developments: hypertext and mobile devices. But the concept of short, syndicated conversations is basically the same.

I am a different person now than when I was an adolescent trying on virtual personae through clever quips and emoticons. So, why Twitter now? I suppose I re-joined Twitter for the same reason I read and write poetry, and the same reason I started this blog: to be a part of the conversation–about poetry, and life, and what makes us human.

Can a medium so inherently distractable provide such insight? Can we get the news from Twitter, if not from poetry? Will the signal-to-noise ratio prove worthwhile? There is only one way to find out. Commence Twitter experiment number two.

“You could not step twice into the same river; for other waters are ever flowing on to you.”