“Poets and intellectuals–who are paid little, and who are usually ignored by the general population–have this consolation, at least: they are the ones the tyrants go after first.”
-Frederick Smock, “Poetry & Compassion” 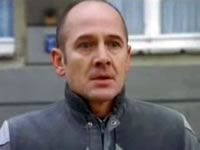 It all began with this: according to Smock, “The U.S. Treasury Department–which, among other things, handles cases of treason–recently warned American publishers against translating poetry from Iran. Such translations, they avowed, would be considered ‘trading with the enemy,’ and would be punishable by fines and jail time.” Since World War Two, strong cryptographic algorithms have been classified as munitions and banned from export outside the U.S. Why, going further, would the import of a different intellectual commodity with seemingly far less practical application be considered treasonous? Why ban poetry?

It is not true, as Ossip Mandelstam believed, that, “only in Russia poetry is respected–it gets people killed.” The so-called “self-murder” of countless (and deliberately uncounted) poets and other writers in Eastern Germany is brought close to home in “The Lives Of Others”. The similarities between their climate of fear and ours are striking–from unscrupulous wiretapping to simple, insidious acts like regulating the import of Western literature–an act not too different than banning the translation of “enemy” poems.

Yet Iranian poems are produced in a sovereign nation against which we have declared no formal war. They are not officially “enemy.” So, why the ban? Because people can not be made into an enemy, Smock points out, if they move us as deeply as, for example, the great Persian poet Rumi. Poetry, in its ability to embrace and elevate all that makes us human, runs contrary to the demonization and divisiveness required to engage in any war against a nation or culture. Humanization is enmity’s undoing. Poetry is one very powerful instrument.

The crux of “The Lives Of Others” is the idea implied by Lenin that great art puts us in touch with the very humanity we must harden ourselves against in order to continue a course of action like the establishment or maintenance of an oppressive Communist regime. Imagining what happens when just one person is inspired by great art to make humane choices in a climate of terror and oppression–and doing it with sensitivity, spareness, and captivating pathos–is what makes this film a masterpiece.

Furthermore, this film is not an Orwellian vision of the future–it is a look at the very recent past, and a warning against our own potential future. Banning the humanization of any group of people–silencing our ears to their voices–is an act no less dangerous and terrible than any other act in the systematic dismantling of free expression that went on in the Soviet Bloc. The ability to capture a people’s imagination is more powerful than any munition. Because an essential humanity exists in every citizen, sounding the note of truth can cause it to resonate further, faster and wider than any propaganda. It can turn us back into men and women, save lives, stop wars.

Though we live in a country founded on principles of free speech and free exchange of ideas, such privileges can only continue to the extent that we remain vigilant and awake. Poems can keep us awake. Films like this one can keep us awake. Truth demands a kind of insomnia. And in an age of soporific sound-bytes and the collusion of government and media toward distraction, divisiveness, and war–both poetry and compassion have never been more important.